It was the early 1980’s when dad bought an old bluebird bus, converting it into a motorhome. An original bunkhouse design, personally customized to fit the three of us kids. It had a cable above the driver’s side window you could pull, sounding an alarmingly loud horn that would announce our arrival to one of the many ball tournaments my parents played in. They later sold that motorhome to a young family who planned on living in it, decades ahead of the tiny house movement.

Before I came along, when my parents were first married and not wanting to take on a big mortgage, they sold mom’s car and with a small loan, had enough money to buy a fixer upper that friends jokingly referred to as the apple box. At one point, dad decided to add a bedroom in the basement. He spent his evenings and weekends digging and carrying up buckets of dirt by hand. I still remember the musty scent that hung in the air as he worked.

My parents would later go on to build a new house, digging out the basement with grandpa’s old tractor so foundation forms could be poured. It snowed that spring, forcing Dad to redo what he had already spent weeks doing.

I lived in five different houses, all within a ten kilometre radius during the course of my childhood. My parents worked hard, mom hammering nails and hanging insulation right alongside dad.

The final project was a house my parents built on a small acreage northeast of town. Dad ordered hundreds of trees through the shelter-belt program with big plans for landscaping. And of course, with hundreds of trees to pick up, he drove his truck and trailer with the hope he’d have enough room to transport them home. He was a little embarrassed to discover the saplings would’ve fit into the trunk of a car they were so small.

Living in the country offered opportunities for many side projects. An old shed was converted into a playhouse, windbreaks and benches were built to sit around a fire pit. A dugout was excavated that later became home to some questionable fish and a fort was built, perched on four old posts that overlooked the north side of the property. We called it the treehouse.

When I was sixteen, I walked into dad’s shop to find an old rusty car. A dilapidated Rampage that was half car, half truck and sported a mismatched tailgate. It was the ugliest thing I had ever seen.  It became our project to fix up and was the first vehicle I drove. When the weather was cold, it would let out a high pitch squeal and anyone standing outside the high school would hear me coming.

He used to take apart car engines just to put them together again and I have lost count of the airplanes he has bought, fixed up and later sold. Who buys a fixer upper airplane? My favourite will always be the two-seated ultralight that only relied on a seatbelt to hold you in.

Growing up this way has undoubtedly shaped how I live my life. I am forever finding projects to work on.  The do it yourself mentality that was passed onto my dad is alive and well in me. I now happen to be the recipient of the skeptical, what are you up to now? from the same man who made a solar panel out of a black garden hose to heat his hot tub.

But it’s more than that. Underneath sits another layer, a feeling insubordinate to our culture. A spirit more aligned with our pioneering ancestors than the modern day conformist. An avid curiosity paired with a tenacious stubbornness not to play what everyone else is playing. This is the gift my dad has given me, permission to do things differently than what our culture dictates.

And isn’t that a relief. To grant ourselves permission to stray from society norms, to notice what fits and what doesn’t. To follow that inherent calling, carving our own way through life and hopefully having a little fun along the way.

Cheers to all the creatives and stubborn curiosity seekers. The world needs more of you.

Do you have a plant in the garden you are drawn to? Or maybe a particular flower you’ve always loved, have you ever wondered why? Meet Alice.

There was a good period of time the conversation among family members circled around the topic of a broken toaster, an old kitchen appliance belonging to my grandparents. It’s funny the things we remember. It isn’t so much the old broken toaster as much as what it stands for.

Gardening 101 – How To Garden For Beginners 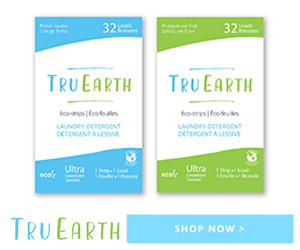